From Kitzbühel to the Three Peaks 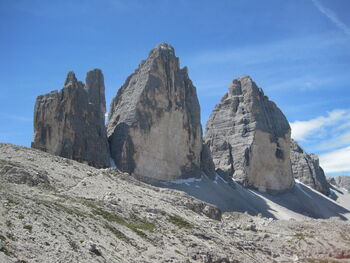 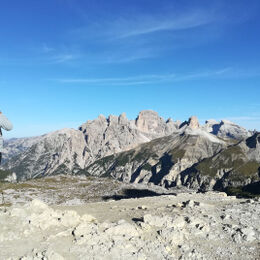 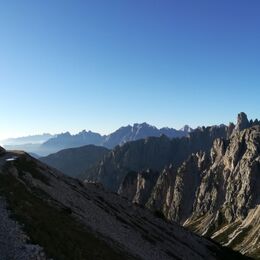 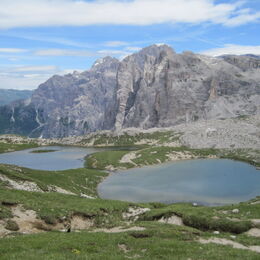 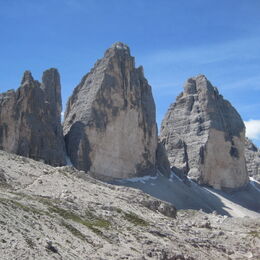 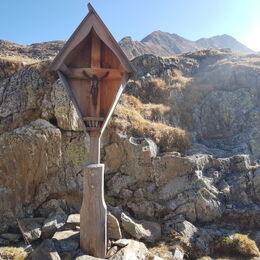 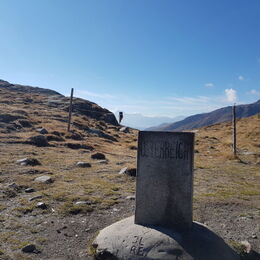 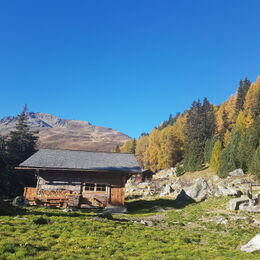 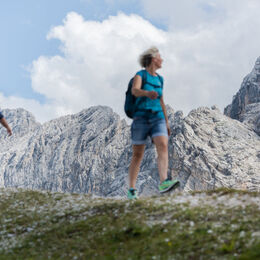 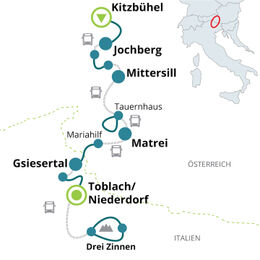 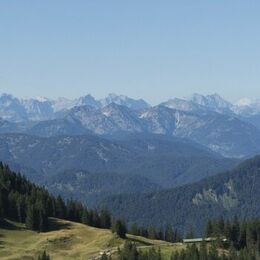 The village became world famous through the annual Hahnenkamm run. It is the home of many famous names such as Toni Sailer, Hansi Hinterseer and the painter Alfons Walde. Thanks to the well-preserved town centre it is one of the most beautiful small towns in Tyrol.

The hike leads over the Kitzbühel Alps into the Hohe Tauern National Park with its glacial valleys and extraordinary variety of flowers. The area is getting rougher and rougher, the rock faces steeper and in the distance the ice-covered peaks of the three thousand metre peaks and the ever-closer jagged peaks of the Dolomites shine out. Via the Gsieser Törl you finally reach Italy from Austria. Passing lush alpine meadows and huts that have been managed for centuries, you descend into the Gsieser Valley. The stage finish is not far away and another highlight awaits at the end of the tour: the Three Peaks, situated in the middle of the Unesco World Heritage Site.

The hike runs along marked mountain and hiking trails. The tour is suitable for people with good basic fitness. It is possible to shorten the stages by using public transport.

Individual arrival by car or train to Kitzbühel to the starting hotel,
all stated values are approximate.

Below the Kitzbühel Southern Mountains through small villages and past quaint farms with wonderful flower decorations. The village character of Aurach in Tyrol, the various hamlets and settlements and the wonderful location at the foot of the Kitzbühel Southern Mountains make Aurach something special. It is not for nothing that the great Kitzbühel artist and painter Alfons Walde has chosen the church and the small village square in Aurach as his motif again and again, thus helping them to achieve worldwide fame. Overnight stay in Jochberg (13 km, ascent 540 Hm, descent 380 Hm, 4-5 hrs).

With the shuttle to the starting point. Hiking over lush alpine meadows below the Talsenhöhen and further up into the beautiful mountain world. Over the Gauxjoch to the Trattenbachalm and the Hartkaserhöhe. The border between the two federal states of Tyrol and Salzburg runs along the mountaintop. Descent to the valley to Mittersill.
(16 km, ascent 820 Hm, descent 800 Hm, 5-6 hrs).

Comfortable alternative: If you want to avoid the descent from the Resterhöhe, you can shorten a few metres in altitude with the Kitzbüheler Alpen II panorama cable car. You can reach Mittersill by bus (alternative train: 14 km, ascent 820 Hm, descent 250 Hm, 4-5 hrs).

Transfer from Mittersill to Matreier Tauernhaus. If you wish, you can also make the crossing from Hintersee to the St. Pöltener Hut and the Matreier Tauernhaus.
At first the path leads in a steady ascent through meadows and larch forests to the Venedigerblick. Once you reach the highest point, you have a wonderful view of the glacier world of the Großvenediger. On a well-signposted hiking trail, the Großvenediger and the surrounding mountains always in view, further on towards the Innergschlösschen and over the beautiful alpine meadows back to the Matreier Tauernhaus. From there with public transport to Matrei (Innergschlöß 10 km, ascent 650 Hm, descent 650 m, 4-5 hrs)
Alternative: Hintersee St. Pöltener Hütte Tauernhaus (13 km, ascent 1040 Hm, descent 1040 Hm, 6-7 hrs)

Ride by public bus to Mariahilf you start today's hiking day. Along shady forest paths you will walk higher and higher up to the first alpine pastures and the Gsieser Törl, around which many old smuggler stories have been entwined. Especially in the 1920s and 1930s it was considered a much used Schmugglerweg between Italy and Austria. The view sweeps over the valley to the Braies Dolomites. On your way to the tranquil Gsiesertal, one hut follows the next: Oberberg-, Kradorferalm or Messnerhütte to name but a few. Almost everywhere you can enjoy a hearty meal (11 km, ascent 780 Hm, descent 740 Hm, 4½-5½ hrs).

The tour continues south and the Dolomites are only a stone's throw away.
From the Gsiesertal it goes comfortably but steadily uphill to the transition from Frondeign.
The hike runs mostly in the shady forest.
If you want, you can choose the more sporty variant towards the Schuieralm.
The path meanders down to Wahlen. The valley widens and reveals the view
on the Neunerkogel, Haunold, Dürrenstein and on the Höhlensteintal
(ascent 470 m, descent 440 m, 3-4 hours, alternatively ascent 850 m, descent 840 m, 5-6 hours)

With public transport to the Auronzo Hut . Along the south side of the Drei Zinnen first towards the Lavaredo Hut and then on a path up to the Paternsattel. Here, at 2,454 m above sea level, you can enjoy a magnificent view of the 500 m high north walls of the Drei Zinnen. This is also where the beautiful northern part of the hike begins with the typical picture of the Three Peaks. Arrived at the famous Drei Zinnen Hut, one can enjoy the view of the north walls. Via a hiking trail you finally reach the Lange Alm and passing the west side you come back to the starting point (9 km, ascent 350 Hm, descent 350 Hm, 3-4 hrs).

Those who want to end the day in a sporty way ride by bus to Drei Zinnen Blick, climb to the Lange Alm, circle the Three Peaks and take the bus back from Auronzo hut to Toblach. (Variant 12 km, ascent 1025 Hm, ascent 125 Hm, 5 hrs).

Ride back to Kitzbühel by train or bus or individual ride home.

Book the tour here
similar hikes
Other hikes in Europe

Individual hiking tours in Europe are planned in accordance with your individual wishes.

Guided hiking tours in Europe differ from the individual tours in that an experienced guide with local knowledge accompanies you during the entire tour.