Hike through the granite massif of the Upper Lusatia mountain region and the sandstone area of the Zittau Mountains. 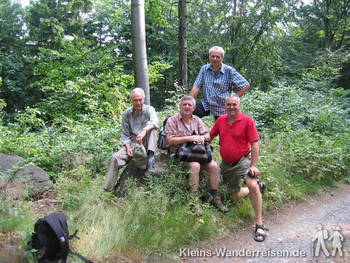 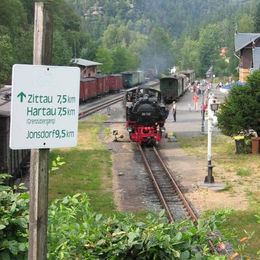 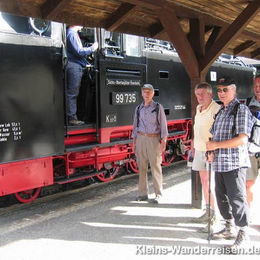 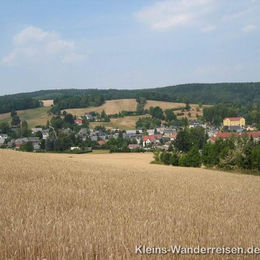 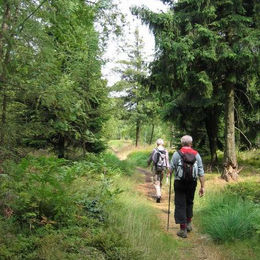 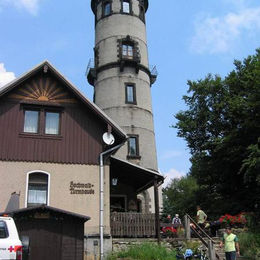 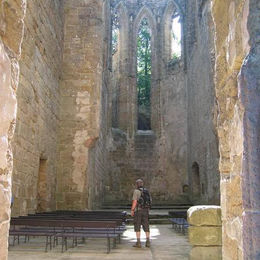 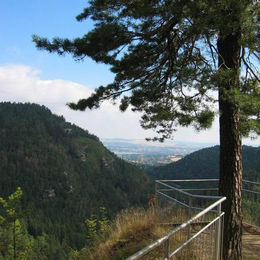 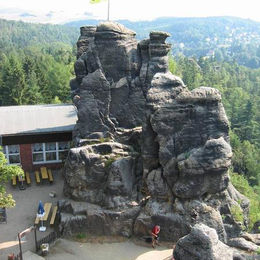 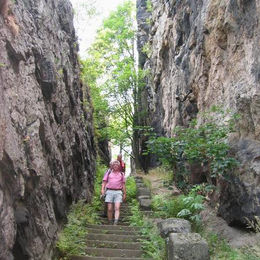 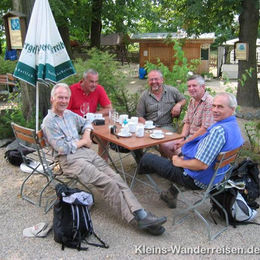 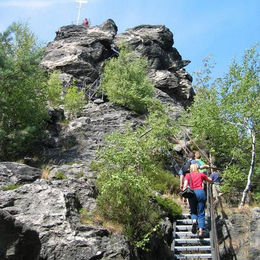 Impressions of the hiking tour 'Upper Lausitz Mountain Trail'
Click here to see all 21 photos
A diverse low mountain range landscape reaching up to 800 m in the southeast corner of Saxony, at the triangle between the countries of Germany, the Czech Republic and Poland. Villages with houses built in the Upper Lusatian style, an old method that combines German timber-framing and Slavic log cabins.

Lusatia (die Lausitz) was settled by the Sorb ethnic minority, descendants of the former Elbe Slavs, who continue to cultivate their folk customs and have maintained their own language to this day.

Arrival by own arrangement by rail or car to the pottery village of Neukirch in Upper Lusatia. Parking at the hotel free of charge (Neukirch-Lausitz/Ost Railway Station).

Day 2: Hike from Neukirch to Sohland

Ascent to the Valtenberg (515 m). Hike via Steinigtwolmsdorf and Wehrsdorf, past former gold and silver mines, to the Dreiherrenstein at the Czech border (440 m), then on to the Prinz-Friedrich-August-Baude with a viewing tower and wonderful long-distance views. After a refreshment break, back down to the hotel in Sohland (ca. 19/22 km, 6 hours).

Day 4: Hike from the Bieleboh to Eibau

Day 5: Hike from Eibau to the Lausche

From Eibau along the Bleichteiche to the viewing point Großer Stein (471 m) and to the Weißer Stein (360 m, Karasek Cave) near Spitzkunnersdorf. Via Großschönau (320 m) and through the Lausur Valley to the Pilzdörfel Herrenwalde (360 m). Then a strenuous ascent to the Lauscheborn on the Weberberg (675 m), with the option of continuing up further to the summit of the Lausche (793 m), the highest peak in Upper Lusatia. Short route to the end of the stage in Waltersdorfer Wache (27 km, 7 hours).

From the Wache (610 m) on the Hohlstein Trail via the Nonnenfelsen to the Mühlsteinbrüchen near Jonsdorf and a circuit of the nature trail that runs through this impressive rock landscape. Then to Johannisstein (520 m) and from there the conquest of the Hochwald (749 m), one of the most beautiful panoramic hills in the Zittau Mountains. After a break, return via the spa town of Lückendorf (530 m) and the Scharfenstein to the spa town of Oybin (420 m). By narrow-gauge railway to Zittau (ca. 16 km, 5 hours).

Day 7: Hike from Oybin to Zittau

First another trip on the historical steam railway back to Oybin, visit to the mountain church and the ruins of the Gothic monastery church on Oybin Mountain. Hike via the Teufelsmühle and Hartau to the three-country triangle, along the Neiße and then back to Zittau (ca. 15 km, 4 hours).

or return to Neukirch, low-cost special taxi transfer upon request!

The price of the tour ’Oberlausitzer Bergweg’ includes the following: